What exactly is a Healthy Multiple? 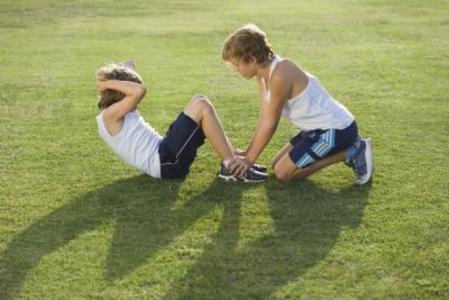 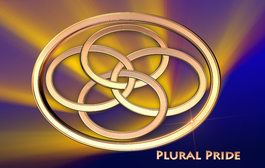 Some may have different definitions, but by our standards a healthy multiple is people who share the same body who interact with their family, friends and the public in general on the same level as most people. They hold themselves to the standard of responsibility that most others do.

They have a way to communicate with each other and are able to have the body function as any other responsible person.They do not consider themselves disordered or mentally ill. They embrace their plurality as a way of life, because that is exactly what it is.

A healthy multiple may be a parent, your college professor, your clergy or your next door neighbor. Many multiples fear being known as a multiple. Society still assumes that if you are a multiple you harbor a mass murderer, are a child abuser or an unlimited number of titles that are negative. Who wants to have any of those images?

Many fear being discriminated against, loosing their jobs, having their friends or family harassed or loosing custody of their children. How many wish to take that sort of chance?

Although many are not familiar with the laws that protect them, who would care to try to change the image of a bigoted neighbor or friend? Who would want to live with the repercussions of having loved ones disowning them? Would you go to a place of worship if you knew your own clergy feared your influence on their congregation? What if they did try to take your children and you had to  use the law to get them back? Would that be any less traumatic to them?

We consider ourselves a healthy multiple group. We're pretty sure that should any of the above happen to us we know how to rectify the situation. In our thoughts, we took the precautions of making certain that another was also the legal parent of our kids, just in case. However, Jan, the one that co-adopted the boys simply "legalized" the position of being the mom she already was to the boys. And we know the laws in place that protect us, even if Jane Q. Social Services doesn't!

But we took these precautions so we could be "out" and try to change things so others can feel safe  to do so also.

D.I.D. really does exist, but they are not yet healthy multiples. Some people (especially the medical community) get it bassackwards. They think you aren't really multiple unless you dissociate. Wrong. That is D.I.D., not plurality or multiplicity.

Here, maybe if I explain D.I.D.  a little, you'll see the differences.
D.I.D. (Dissociative Idenitiy Disorder) use to be called MPD (Multiple Personality Disorder)
Dissociative Disorders really is a mental illness. It involves disruptions in daily life. It interferes with memory, awareness and identity perception. These symptoms can interfere with a persons general functioning, including social activities, work functions, and relationships. The individuals do not co-coperate or communicate with each other. They may not even be aware of each other! Healthy multiples/plurals are the opposite on each count.
Recently, I questioned our status as a healthy group, to plural_activism, an online activist site. We have a few younger kiddos that are quite damaged from past abuse. So we questioned if you have some unhealthy members can you really be healthy? The overwhelming response was yes. Though you may have some in your system who aren't "healthy", as long as those in charge of things are healthy and operate as such, you are indeed healthy.

Neural Diversity... ever heard of it?  I hadn't but when I read more about it I thought it gave power and credence to everything related to Multiplicity.

Just about any American group of people, that have fought for change (civil rights movements) have followed in the footsteps of the groups before them.

The first that comes to the forefront of my mind is the Women's Suffrage movement that heated to a boil when Susan B Anthony put on her boxing gloves.The Black and Gay rights movements sort of slid back and forth as far as which group was more predominantly in the public eye, fighting to take a rightful stand in our society. Peering into it more detailed, you'll see the gay right movement took hold in a serious nature with the stonewall riots in 1969. Black Rights movement heated up around 1957 with Martin Luther King. However both groups paved the way for others to follow such as the disabled rights. And there were many others, I don't want get boggled down too much though. So too keep it somewhat straight forward, this is about the Neural Diversity movement.

The term "Neural Diversity" was originally coined in a 1998 New York times article by Harry Blume. His attempt was to find a term that adequately defined the sentiment that having a different way of seeing, comprehending and responding to the massive input from our lives was good and acceptable. The neurodiversity movement ultimately aims to inform the public about the strengths that people with brain differences have and to change the discourse about disabilities to an “appreciation of difference,”  The actual definition of Neural Diversity is;

The Neural Diversity movement was originally made to identify the rights of people with Autism more clearly, giving definition to who they are. Since then many others have joined in... mostly people that society (caused by the medical society) have deemed mentally ill... deficient in their minds and views of the world around them.

I am certain there are some with autism who are also Multiple. Multiples, I personally feel have as much need to be seen and accepted as separate and rightful individuals as any other human rights movement member.


Recently learned of a new group, similar to Multiplicity in some regards, quite different in others. We'll update as we learn more; it is called Tulpamancy.