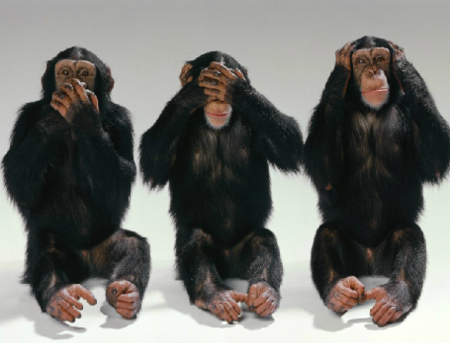 There's a of lot writing here, but as far as our philosophy goes this gives ours and many others nod of agreement on several topics. Several don't see eye to eye on things said here. There is one thought that we all share adamantly. Being multiple is not an illness. It is a way of life.

Some think that multiplicity is fake. Some are adamant that people either have imaginations that have gone rabid, they are extremely mentally unbalanced or that psychiatrists planted the idea of multiplicity in their brains.  Many think multiplicity is real but that it means something's wrong in your noggin and needs adjustment. Some think it is all in our heads (even though in our situation that's not far off in a  literal sense.) Some think that people do it to get attention or even have false memories. Some folks think that if someone is multiple they had a very abusive childhood, probably with sexual assault and /or ritual abuse. Well, now I'd like to give our view points on these topics if I may.

Multiplicity is very  real, and I for one am extremely happy that it is. If it were not, I (Jazz)  would not be typing here, nor would Dande be pulling to go play with her dog, Gilligan, Tracee yanking to work on the corn husk dolls she's been creating, nor would Dark be banging to play with her ferrets, Bert, Ernie and Bernie... you get the idea. I've been accused of being mentally unbalanced by Helter (of our inner realms)  several times and have no doubts that others have at least thought it of me. But I am me, a totally awesome being and not at all in someone's imagination. All in all, I'm fairly typical in my opinion... if typical doesn't mean normal that is. Don't ever want be considered that!

We've seen shrinks before, but not for our multiplicity, they hadn't a clue, even after weeks and months of being there. So I don't believe they would have planted something. How in the world could they?  They didn't even know we were plural, so planting ideas wasn't even on their doctors notes.

Nor have we ever been hypnotized. We don't seem to be "hypnotizable". I know, that's not a word, but you get the idea. We've tried to hypnotize ourselves, even went to see a hypnotist to try and accomplish that, but without any success on their part or ours.

I know factually of things in my past that have been verified numerous ways by numerous people. So false memories are out.

To get attention, well, let me see here. The psychiatric community wishes to label us as very mentally ill,

our community believes we are mass murders, child abusers or something to be afraid of. The media depicts us as very unstable invalids that would be better locked away, screaming,and gouging out our eyes as the men in the white coats drag us off. I really don't think too many would be seeking attention to get that sort of image painted on themselves. Then there's that subject of why someone is multiple.

We are third generation multiples. Both our mother & grandmother were plural. As kids, some of us even played with some of the grandmothers kids. That sure backs up the theory that being plural may have a genetic predisposition.

Could you tell me, is it a possible we are a "natural" multiple, a plural who has no visible "cause" or for no viable "reason"? We have friends who ARE natural multiples and would proudly tell you so. Is it in the realm of possibilities for us?. Sure it is.

We have a life riddled with abuse in many varied ways and at many different ages. Is our Multiplicity a result of abuse? Maybe. Possibly all three? *shrug* We don't know, don't care and we don't think it's the least bit important.

Unlike what you might have seen in the movies or read in horor magazines, multiples are varied in who they are and how their system operates. One multiple group is as unique and different from the next, as different as you are to your neighbor's niece. Labels and categorizations are inadequate to describe the multiple experience.

Many humans pride themselves on their multicultural, postmodern acceptance of people who are not like them. Some say they're proud of their religious tolerance. Some show their tolerance and /or acceptance of the gay community or people with disabilities. Yet extremely few accept that multiples exist! Does the word "oxymoron" fit here? In other words, they do not accept us as we are.

You are different from the person you get your mail from, or your local grocer. Yet, all of you are able to read this web page. Does that mean you're all a mail person or take care of the groceries we buy? Of course not, that's absurd! Stereotyping just doesn't work! That you're all reading, or are having this read, is about the only common denominator, right?

Just as multiple systems differ from one another, we also have differing opinions and ideas, likes and dislikes, values and morals. Most multiples will tell you that the variety I just spoke of is electrically alive in their own systems. Yes, there are some common denominators, but they are much less than our uniqueness.

Some of our realities are otherkin, walk-ins or soulbonds. Some believe they are plural due to abuse, some believe they are multiple naturally and all of these differences are valid realities. But regardless of how our personal systems operate we accept our own realities. Most also accept that the realities of others as just as genuine as their own. We know we exist :-)

My personal view is constantly evolving as I learn more. At the moment my thoughts are along the lines that we are all born plural. Our lives travel through very different landscapes. Because of this many situations encourage or even discourage certain results.

This pretty much, though not totally, addresses results that are evident between the abuse oriented plurals and our very stiff and unaccepting society. I believe that whatever is not considered "normal" or "appropriate" is pushed, trained, forced or stomped out of us. Yet no one has any difficulty saying "my artistic side wrote that poem" or "my inner child" must have been present etc. Heck, many believe in a christian god that claims it is plural -- the father, son and holy spirit all need to be present to be "god." But their god forbids they accept our reality!.

How can we be so advanced in our world and sciences and not be able to comprehend that more than one person can share a body? Can you look at a young infant and honestly tell yourself you don't see more than one potential personality just waiting to evolve? Do we have the brain so figured out that we know there's no way there can be more than one person to a body? Or that it's possible to exist other than in a human form? Or that realities can be as varied as the number of tumbleweeds in the Sahara?

We don't know much about the realities of most other systems unless they share it with us. What we do know is that each person's reality is exactly that and NO ONE has the right to question that. We do know beyond any possible doubt that being multiple is as natural a way of living as having different colored skin, religious values or a sex preference. ~~

Now what's your opinion on this scenario? The body’s mom, aunt, friend, lady, confidant (and these are only a few of the hats she wears!) better known as Jan and I (Jazz) were talking many many months ago, arguing semantics and such. The conversation really got me to thinking though. Here's how it played out for me.

What my (Jazz) thoughts about it now has changed quite a bit. After deciphering all I learned from many many sources. giving a lot of time pondering many others ideas and opinions, I did what is one of the most

difficult feats I'm able to accomplish. I sota kinda, no really changed my thoughts on that word.

Seems most anywhere I looked for the definition of personality, it was interchanged continuously with the word person, that each was unable to exist without the other. You can't be a person without a personality. That personalities have traits to it. Of course it can either be seen in a positive or negative light. "She has a lazy personality" "She has a very cheerful personality" But those are descriptions of BOTH a personality AND person. Who can't name a person who doesn't have any idea of what breaking a sweat means?  Thankfully I know many happy folks that make my day more enjoyable, you too, right?

The same mind tickle came for me when I was perusing a friends web site. She used the term "alter" in a positive perspective. That word has very negative connotations to many plurals, including yours truly. It does and was used by the medical community to describe individuals in systems as non-persons.

If you look up the definition though, it defines it as "change or cause change in character or composition", typically in a comparatively small but significant way. Sort of like life lessons do, huh? I'm still chewing on this, probably because the word has left a really sour taste in my mouth a very long, long time.

I sure don't want to give any credit to the medical community. They strived and still do, to get everyone to believe we're non-persons at every possible opportunity. (In my opinion it was more like an irrefutable definition jammed down throats and hardly ever at an opportune moment.) Maybe it's a word we need to reclaim or maybe we should let "sleeping dogs lie." *shrug* Definitely it's something that needs a lot of thought on our part, and maybe even a deep discussion on plural_activism, a group on yahoo.

I suppose the long and short of it is that you can call me a person with a really cool personality, but don't even consider considering to call me any form of  non-person! ~~